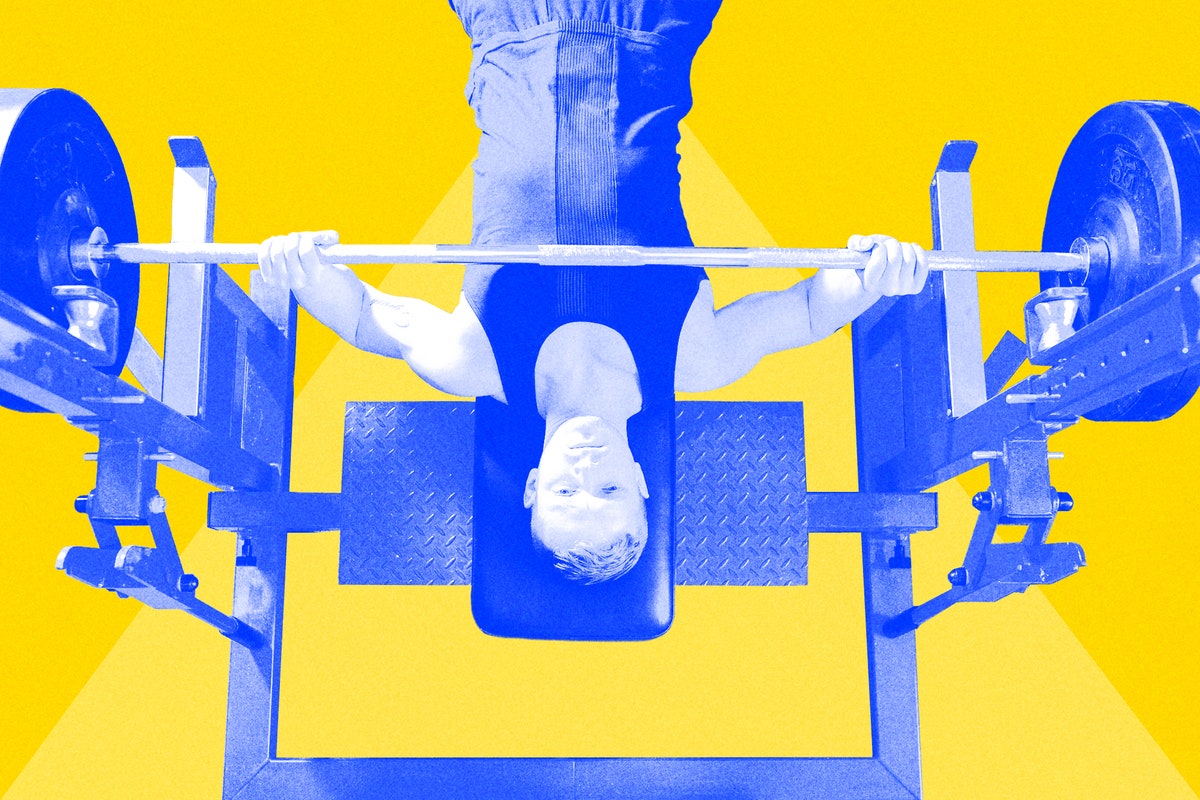 Dumbbells? Barbells? Flat? Incline? Decline? Here’s everything you need to know about getting the “throne of the weight room” right every time.

Whether you splurge for an eucalyptus towel-laden Equinox membership or are lucky enough to work out for free at the community center, every gym on the planet has two things in common: (1) The only available treadmill is the one next to the man talking loudly on his cell phone, and (2) There are benches, most of which are reserved for one exercise in particular.

“The bench press is the throne of the free weights section, especially on Mondays,” says Ben Lauder-Dykes, a trainer at New York City’s The Fhitting Room. “It allows you to increase range of movement, which we know can increase muscle hypertrophy, and it also puts you in a more stable position so you can increase the difficulty and intensity.”

Within the bench press family, though, are three sub-options: flat, incline, and decline. And for those of you who just tend to pick whichever piece of equipment is open at the moment you’re ready for chest day, it, stop doing that! Each one comes with its own set of strengths and weaknesses, and you should know about them. We asked a few trainers to help demystify the bench press—in all its forms—so that your diligent efforts do not go to waste.

The flat bench press is the simplest and most common variation, targeting the chest, triceps, and shoulders. “Think of this one as entry-level,” says Lauder-Dykes. “On a flat bench, you can refine the movement and start to build strength before moving on to the incline and decline benches.”

Just be careful about your positioning when you lie down, cautions Cameron Yuen, DPT, CSCS, and a physical therapist at Bespoke Treatments in New York City. “Most people arch their backs quite a bit when benching, which recruits the costal fibers”—the ones near the ribs—”more heavily,” he says. “This is why most men have a good amount of lower pectoral development, but not as much near their collarbones.”

To fix this, he offers a quick fix: Make the flat bench a true flat bench by elevating the bench’s head by about 10 degrees. You can do this by placing a 10-pound plate under the base on the side where your head rests. (Yes, many benches are adjustable, but most of them do not have a height setting that corresponds to this relatively minor tweak.)

“The incline is my bread-and butter for keeping a full chest,” says Devon Levesque, a trainer at New York City’s Performix House. (A quick look at his Instagram indicates that he is not lying.) “It hits your torso at what’s called the clavicular head, helping to create a thicker upper chest. It’ll also help with your posture.”

Word to the wise, says Yuen: Most non-adjustable incline benches are set at too steep of an angle. A slight tilt is all you need. Too much of an incline shifts the load to the anterior deltoids—the front part of your shoulders—which are muscles that most routines already work often enough.

“Generally speaking, if there is one lift you can part ways with, it’s this one,” says Yuen. “It involves a fairly small range of motion, and the costal fibers are already heavily recruited during the flat bench press. For most, a slight incline bench should be your main lift.”

One thing you should do using a decline bench, though? Ab work. “Decline sit-ups help build deep abdominal muscles and give you a better extension than normal sit-ups,” says Levesque. He suggests dedicating 10 minutes at the end of your workouts to finishing a few sets: “Keep the core tense throughout, with only a 10- to 20-second rest between sets.”

How often, and with what?

The basic rule of thumb is to rest for 48 hours before hitting the same area again. “Historically, gymgoers hit each muscle group hard once a week, feel sore for two or three days afterwards, and then are fully recovered by the next week,” says Lauder-Dykes. “If you are looking to gain muscle, though, you should be targeting each muscle group at least twice a week. For strength, maybe three or four times.”

Fitness
The Best Abs Workout: The Only 6 Exercises You Need to Get a Six-Pack

Although your instinct may be to reach for the barbell, Yuen says that opting for dumbbells can help keep you injury-free. “The bar allows for a good amount of freedom, but it also locks your arms into more of a fixed path than dumbbells do,” he says. Once you feel comfortable with the movement, the barbell is what will propel you to those eye-popping one-rep max numbers. “It’s a bit more stable, and the shoulder stabilizers do not have to work as hard,” he explains.

Whatever your iron implement of choice, make sure you get the form right before you start tossing on plates like sriracha on eggs. Your feet should be directly below your hips, and your glutes and core should be engaged throughout the duration of the movement. Don’t arch your lower back—that’s cheating—and avoid the temptation to puff out your chest. With a little patience and a lot of work, you’ll be a multi-plate guy before you know it.